Yes, here is the evidence.

On 3-January-2016, more than 2 lakh Muslims under the banner of Anjuman Ahle Sunnatul Jamat (ASJ) organization, gathered in the West Bengal’s Malda district, set fire to Kaliachak police station, beat locals and police personal, burnt nearby Hindu houses, shops and vehicles. The extent of damage can be seen in this below images and video.

What Happened:
These Muslims were taking out a rally demanding an already jailed person, Kamlesh Tiwari, to be hanged, for his alleged remarks on Mohammad. By seeing a passing BSF vehicle on same road, this Muslim crowd immediately became violent and attacked it. Within minutes these people started huge scale of violence without any interruption for hours.

West Bengal Government Role:
The locals say police immediately escalated ground reality to their higher officers, in response they were advised to escape the scene but strictly ordered not to fire a single bullet on Muslim protesters. Is it not indirectly allowing the violent mob to execute as per their pre-planned agenda?

This incident took place on 3 rd January, 2016. But, state government lead by Mamatha Benarjee reacted only after 72 hours, that is on 6th January when central government asked to submit a report on Malda incident. In response to this, the WB government arrested BJP MLA Shamik Bhattacharya and 10 people alleging they are linked with the riots.

Media Was Silent:
Amazingly almost all the national /local big and small print and electronic media houses of the country were silent on this Malda riots for more than 48 hours. Though the same media was reporting on minute-to-minute update on terrorist attack that was taking place at Pathankot airbase in Punjab at same time. This kind of attitude in covering one incident 24/7 and ignoring other which has similar kind of seriousness raises serious doubts and integrity of all media houses, who deliberately suppressed this news.

This incident clearly exposes how media is biased towards some serious issues. On Dadri, when the victim was from Muslim community, the same media covered it 24/7 and ran some marathon series of episodes on analyzing the incident,  but here on Malda violence, the same media went mute and silent, is it because the victims are from Hindu community?

Some of the images: 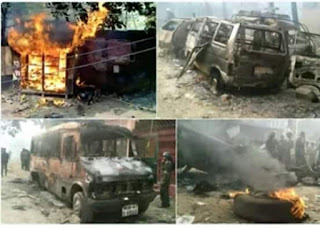 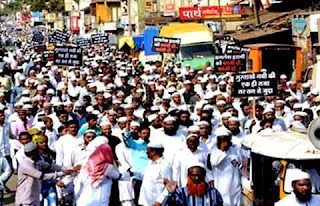 Proud to be an IndiBlogger